Spells is a “music-visual cantata” based on the book “Iατροσόφιον”, written by Ioannis Stafidas, published at 1384. The book is a crossover of paramedical spells and medicines, with roots at the pagan and religious tradition of Byzantine period. Apart from the spells, other occasions are described, such as conversations between angels and sinners, making the text a treasure of images. The language used is also a crossover of various idioms of the time, with special care for the way it “sounds”.
The music composition deals with all this unique text and re-organizes it by creating new motivic patterns, even new words, which serve the higher goal of how the impression of such a world could be communicated. Three singers – a soprano, a mezzo soprano and a counter tenor are called for singing, narrating, screaming and create, in all possible ways, a huge new Spell, the “sound” of Stafidas’ book.
The first performance took place at Kos Asklepieion, built at ca 3 century BC at Kos island, dedicated to the god of health and medicine, Asklepios. 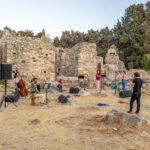 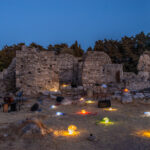 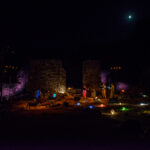 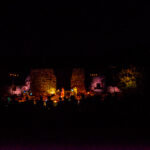 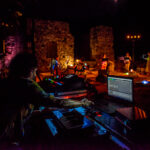 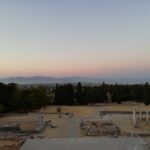 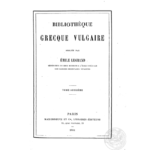