The forest that hears the field that sees

The title of the work refers to the Hieronymous Bosch’s drawing “The hearing forest and the seeing field” (ca 1500). It is a recto verso (drawings on both sides of the paper). The drawings of the opposite side are attributed to members of Bosch’s studio. At the top of the drawing stands the proverb “Miserrimi quippe est ingenij semper uti inventis et numquam inveniendis”, meaning “Poor is the mind that always uses the inventions of others and invents nothing itself”. It is a quotation from a thirteenth-century text on the training of pupils -“De disciplina scholarium”-, attributed to Pseudo-Boethius.
The painting also resembles to a 1546 Dutch woodcut, now in Berlin, which shows a man stepping forward cautiously with his hand over his mouth as he points towards the wood ahead of him. This woodcut is an expansion of the 1508 proverb “campus habet oculos, silva aures” (“Das Feld hat Augen, der Wald hat Ohren” in Dutch), which was published at Proverbia Germanica by Heinrich Bebel.
Given all these facts, the image evokes a variety of associations interrelated. The awl stands at the central position – It could be seen as the embodiment of wisdom, with which it has been associated since antiquity, or the omnipotent nature. The music composition finds inspiration in all these hidden associations, the motives and the way they relate to each other. It is an episodic piece, where the natural force – the omnipotent observer – is audible since the beginnings of the piece, in the form is broken gestures, till the last seconds that takes up and conquers the whole sonic environment. 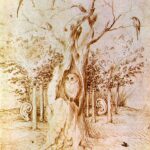 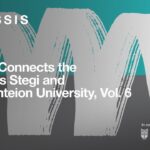 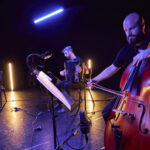 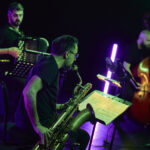 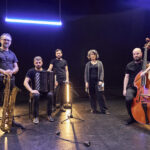 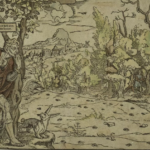 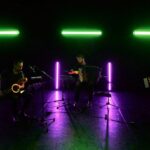